I am an artist and filmmaker. London based since 2006, originally from Switzerland with Czech and Argentinean roots, I have a background in dance, training with the Merce Cunningham Studio and Jeanne Ruddy (Martha Graham Company and Julliard School) and staging productions of my choreographic works in London including at The Place, Rich Mix and the Siobhan Davies Studios. I studied art at Swarthmore College, the Pennsylvania Academy of the Fine Arts (PAFA) and the Royal Drawing School on The Drawing Year. I graduated from the National Film and Television School (NFTS) in 2018 with an MA in Directing Animation. Combining live action fictionalised scenes with actors alongside animation sequences using original archives and historical objects, my award-winning graduation film ‘Triptych’ blurred the lines between fiction and documentary and screened at BAFTA and Oscar qualifying festivals internationally. I continue to develop my directing skills with actors since graduating from NFTS, attending workshops with Anna Scher Theatre and the Royal Opera House in partnership with the Young Vic. I was a participant of the Zurich Film Festival Masterclass and SWISS FILMS’ first feature development workshop Talent Day. Alongside developing my own film projects I work as a researcher on history documentaries, working for Paul Greengrass, James Erskine, October Films and RAW TV.

SEE BELOW FOR CV. 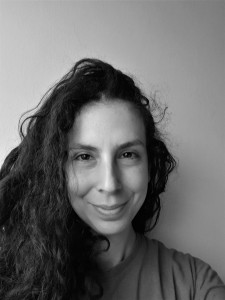